Along with its cultural and geographical diversity makes its international tourism appeal large and diverse. Let us have a look at the most visited places in Rajasthan, where people from all over the world flow into, for an exotic vacation. 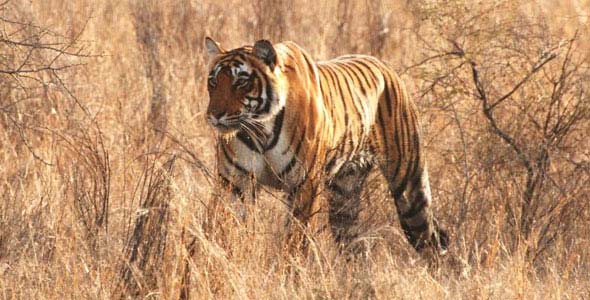 Ranthambore National Park is known for its rich flora and fauna, tigers in Ranthambore catches lot of attention. Other than that, this wildlife reserve is an ideal place for bird watching, wildlife photography and of course a perfect place to unwind. 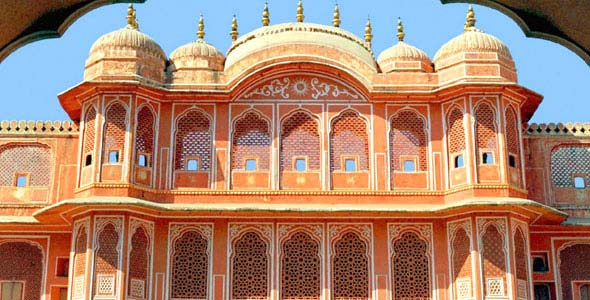 Needless to say that Jaipur is a must visit place in Rajasthan. Jaipur can rightly be called the Gateway to a culturally wealthy state. Since, it is the capital city; foreign traveller finds it quite a comfortable place with numerous hotels and conveyance options. 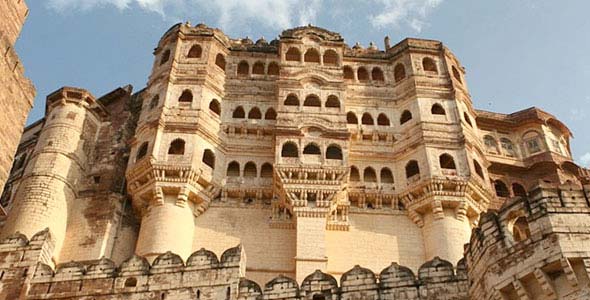 The BLUE Hue of Jodhpur is an important factor in attracting national as well as international tourists. This royal city offers a great opportunity for exploring the cultural wealth of the state and appreciating the architecture excellence. The massive Meharangarh Fort, Umaid Bhawan Palace and Jaswant Thada catch the eyes of bulk of tourists from around the world. 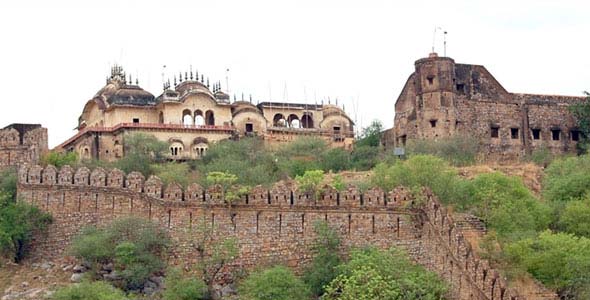 Breaking the monotony of craggy Aravallis, this city is an emerald beauty. It is situated in Alwar district of Rajasthan and is about 150 kms from the city of Jaipur. The international tourists here enjoy the existence of tree-clad mountains, beautiful lakes, massive palaces and exquisitely carved cenotaphs. Jaisamand Lake, Siliserh Lake, and Sagar Lake are popular tourist’s attractions of the Alwar. 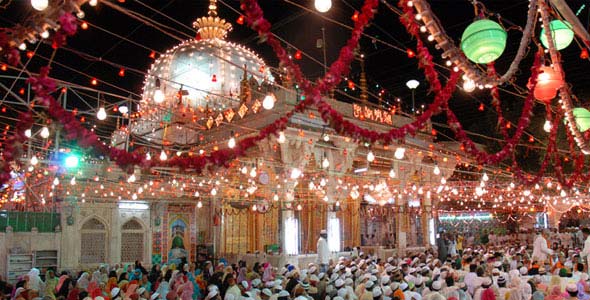 Now, these two jewels of Rajasthan can by no means be ignored. About 135kms from Jaipur, Ajmer is a popular religious place in Rajasthan, where people from all faiths like to come. Ajmer Shareef (Tomb of Khwaja Moinuddin Chishti) gave Ajmer the status of being a place that fulfills their wishes. Well, let me say it clearly, Bikaner is a place for those who wish to avoid the hurly burly Jaiselmer and Jodhpur. It is located in the Bikaner district in Rajasthan and is about 251kms far from Jodhpur. Foreign tourists like Bikaner for its rustic feel and serenity. The desert dust, camel safaris and the grand royal mansions, everything is out and out an attraction in Bikaner. Yes we agree that Jaiselmer, Jodhpur and Jaipur has stolen the limelight in Rajasthan but since these foreign travellers are continuously looking for something new to explore, we have hopes that places like Bundi will also gradually prove its mettle. So, what makes Bundi worthy of attraction? Well, like many famous tourist attractions in Rajasthan, Bundi is the plush with havelis, forts and temples. A short day trip to Kota from Bundi can avail tourist the true bliss of being in the state that boasts of its vibrant culture. It is situated in the Kota district of Rajasthan and about 240kms south of Jaipur city. Although Kota has become an industrial face of Rajasthan, it does surely have relics that keep it connected to its ethnicity. . It is situated in the Sirohi district of Rajasthan, near the border of Gujarat. This charming emerald hill station is an essential part of a Rajasthan tour. Mount Abu probably reminds travellers from overseas of their native countries, the rolling hills, cool breeze and serenity must be playing the major role as far as I think. Other than the ancient buildings and temples, one can enjoy diverse flora and romantic ambiance here. Needless to give reasons for Udaipur being the favourite place of tourists in Rajasthan, you know about Udaipur right?! This classy destination is worth visiting once in the lifetime. From visiting the massive palaces to taking the romantic ride on the lake, from paying visit at the celebrated Shilpgram to take an exhilarating ride of cable car, every moment in Udaipur is a fascinating one! Tourists from abroad also prefer visiting the City Palace,Bagore ki Haveli, Lake Pichola and Fateh Sagar, Ambrai Ghat, Monsoon Palace, Jagdish and Jagminder Temple.Udaipur is one of those places that are better visited than described. Situated somewhere about 53kms from Jaipur, Virat Nagar is greatly enjoyed by the adventure seeking tourists. In their continuos urge of looking for something new; foreign tourists have happened to grow fond of Virat Nagar. The place is famed for its natural caves and is often visited by the tourists who visit Jaipur city. You are right, it is the same place with the longest continuous wall after the Great Wall of China and indeed Kumbhalgarh is one of the most popular places in Rajasthan that attracts lot of foreign tourists. It is situated in the Rajasamand district of Rajasthan and is 100kms away from Udaipur. Its gigantic fort called Kumbhalgarh, from where the view of the city is simply spectacular has been the greatest attention grabber. Majorly known for the Sariska Tiger Reserve, Sariska is yet another much visited tourist destination in Rajasthan. It is situated in the Alwar district of Rajasthan and at a distance of about 133kms from Jaipur. At Sariska, both domestic and foreign tourists get an opportunity to witness the diverse flora and fauna. Apart from it, what intrigues the foreign crowd here is a large number of forts such as Kankawari Fort, The Bhangarh Fort, Pratapgarh Fort and Ajabgarh Fort. 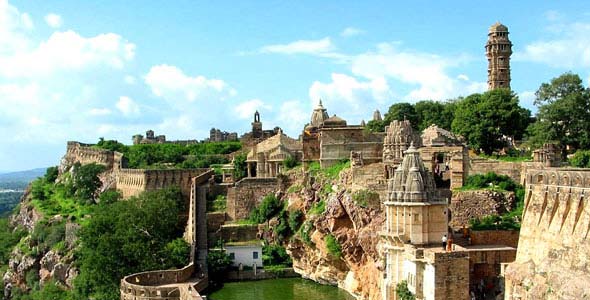 It is famed for its colossal fort, which is believed to be one of the largest forts in India. It is situated in the Chittorgarh district of Rajasthan and is situated at a distance of about 116kms from the city of Udaipur. Chittorgah has found fame because of its cultural and historical value, reckoned to have been found by Bheem of Pandavas this place reflects the perfect blend of courage, grace and beauty. Boasting of its oldest Jain Temple in India, Ranakpur has been a major attraction for tourists in Rajasthan from all across the globe. It is situated in the Pali district of Rajasthan, between Udaipur and Jodhpur. The quietness and the spiritual ambiance is what make Ranakpur a hit amongst the foreign travel enthusiasts. A large number of foreign tourist pay visit to Sun Temple, Muchhal Mahavir Temple and a village called Narlai, where a large number of Hindu and Jain Temples can be found. As rural tourism is gaining popularity in Rajasthan, the two villages Bishnoi and Pali have been receiving a lot of foreign and national tourists. Specifically the foreign tourists take great delight in exploring the age-old culture of Rajasthan and often seen interacting with the local people. Reckoned to be one of the most religious places in Rajasthan, Karauli is known for its 300 temples. It is situated in the Karauli district of Rajasthan and is about 158kms from Jaipur. It is a walled city, although a bit dilapidated now; there are places where its redstone walls are still high and mighty. The Indian Ghost Town of Bhangarh, Rajasthan is one of the scariest places in India to visit, in addition to being one of the most abandoned places in India. However, this tag has not perturbed visitors from making frequent trips to this ghost town.

All advantages at the time of taxi booking